Yablonsky and the JSO in the USA tour

The Jerusalem Symphony Orchestra, IBA was founded as the Palestine Broadcasting Service Orchestra in the late 1930s. In 1948 it became the national radio orchestra and was known as the “Kol Israel Orchestra”. In the 1970s, the orchestra was expanded into the Jerusalem Symphony Orchestra, Israel Broadcasting Authority. As a radio symphony orchestra, the majority of the concerts which the orchestra holds at its resident hall – the Henry Crown Auditorium - are being recorded and broadcasted over IBA’s Kol Ha’musika station.

The current Music Director of the JSO is Maestro Frédéric Chaslin. The orchestra has had seven musical directors hitherto: Mendi Rodan, Lukas Foss, Gary Bertini, Lawrence Foster and David Shallon. At the end of the 2009-2010 Season Maestro Leon Botstein stepped down after seven years of service as Music Director. Maestro Botstein presently continues his work with the JSO as a Laureate Conductor.

The orchestra maintains a varied repertoire which ranges from the Baroque and the Classical periods through the Romantic period, extending to contemporary composers, many of whom have received their Israeli premières with the JSO. The orchestra was the first Israeli Orchestra to perform the works of renowned composers such as Sofia Gubaidolina, Henry Dutilleux, Alfred Schnittke and others. Since its inception the Jerusalem Symphony Orchestra has consistently encouraged Israeli composers by commissioning and performing their works.

by Maestro Lorin Maazel, which was commissioned as the conclusion for the Jerusalem 3000 celebrations (1999).

The JSO often conducts tours in Europe and in the United States, and has played in some of the most prestigious venues. Recently, the orchestra toured South America with Maestro Yeruham Scharovsky. In 2008 the JSO led a US tour, performing a special program of composers from the American Diaspora. In June 2009 the orchestra performed the oratorio Elijah(Mendelssohn) at the closing event of the annual Bachfest in Leipzig. In May 2001 the orchestra toured in Europe and has played in prestigious venues such as the Musikvereine in Vienna, the Philharmonie in Cologne and major halls in Düsseldorf, Frankfurt and Lucerne. In 2003 the JSO-IBA played at Carnegie Hall in New-York during an especially successful tour in Spain and the United States.

The orchestra is supported by the Israeli Broadcasting Authority, the Ministry of Culture and Sport and the Jerusalem City municipality.

A new festival in Ganga (Azerbaijan) 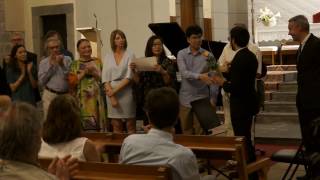 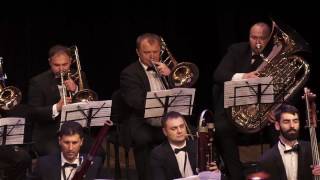